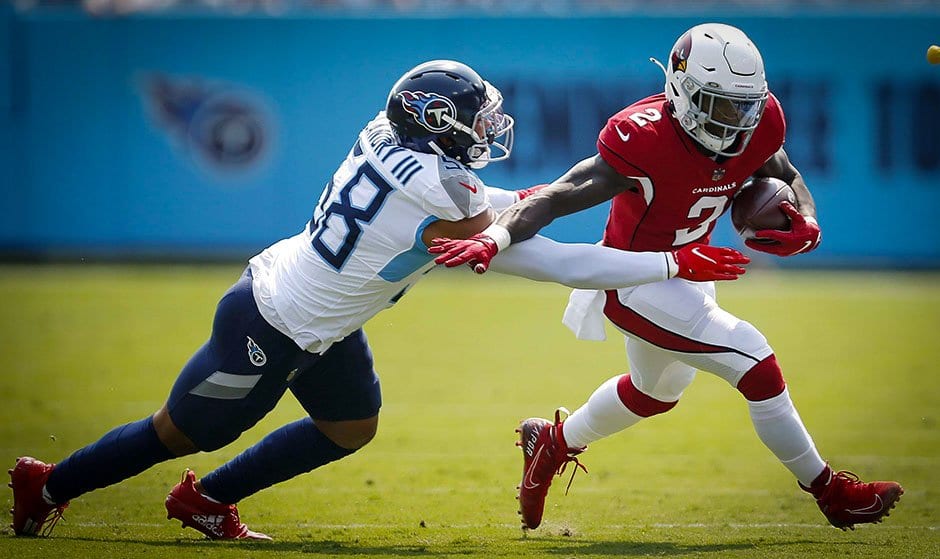 Published by Chris Lollis on September 16, 2021

Everybody loves a bargain and these are our favorite 8 value plays for the DraftKings Week 2 main slate that includes what will be their fourth Millionaire Maker of this young NFL season.

This week's main slate Millionaire Maker contest includes $4.5 million in total prizes and a $1 million top prize. With a handful of high-priced players in favorable matchups, it is a great week to have some solid value plays ready to help fill out your DraftKings lineups. Here are our favorites from each position:

Can a QB that outperformed all expectations in Week 1 still provide value in Week 2? It seems like that is the case here. Teddy Bridgewater showcased huge improvements in Week 1 when he came through with 28 completions on 36 attempts for 264 total yards and two touchdowns in a winning effort. Bridgewater had a better average depth of target and increased performance under pressure compared to his 2020 self. The Broncos are 6-point favorites in Jacksonville in Week 2 and we are projecting Bridgewater for close to 1.5 touchdowns in this one. He is a must roster with his cheap price tag!

Chase Edmonds saw 38 snaps in Week 1 and he should be Arizona’s #1 receiving back going forward. In Week 2, the Cardinals are facing a Minnesota team that showed close to nothing on the defensive end of things. Last season, the Vikings graded just 18th in defensive DVOA and we would expect them to have trouble against this explosive Arizona run game. Edmonds has about a 25% chance of scoring a touchdown and should average comfortably above 12 fantasy points in Week 2.

James White is still the go-to third-down running back for the much-improved New England Patriots. New England is getting heavily bet this week as Mac Jones & Co. are facing a Jets team that is projected to be amongst the weakest squads in the league. White is an extremely solid & consistent floor option to include on your fantasy teams.

The Bills got embarrassed in Week 1 resulting in some Week 2 DFS value on some of the Buffalo players. We are rostering the veteran Beasley this week as the Bills are facing a Dolphins team that should pose no real threat against Josh Allen’s passing game. Beasley saw 77 total snaps in Week 1 and he is clearly the best value pick if you want a piece of this high-powered Buffalo offense.

Another Arizona pick and this time from the receiving core. Rondale Moore saw 20 snaps in Week 1 for 5 targets. He also had 4 receptions and 68 total yards. The rookie graded especially very well for being a second-round pick and we would not be surprised to see him score his first touchdown in Week 2 against Minnesota.

We’ve seen Vintage Gronk in Week 1 when the Tampa Bay big was once again amongst Tom Brady’s top targets finishing with 8 receptions, 90 yards, and most importantly two touchdowns. In Week 2, the Buccaneers are hosting an Atlanta team that was demolished in Week 1. We projecting Gronk to reach 20+ fantasy points once again with a 50%+ chance of scoring another touchdown. The veteran carries a grade of 85 into Week 2, yet his price is still not reflecting his Week 1 performance and his strong outlook this coming Sunday.

It’s Austin Hooper season! The 26-year-old TE saw 38 snaps in Week 1 - most among Cleveland tight ends – and he gets to face a Houston team in Week 2 that has huge issues covering the position. Cleveland is a 12.5-point favorite on the betting market and all signs point to a huge game from this Browns offense. Hooper being the top tight end on their squad is undervalued on DraftKings. We are projecting him to get to 10+ fantasy points with ease.

Pittsburgh had the best defensive DVOA grade in 2020 and the team once again impressed against Buffalo in Week 1. The Steelers are now hosting a Las Vegas team that is playing on short rest. We’ve seen coach Jon Gruden struggle on the road before, especially on short weeks where he doesn’t have time to scheme around an opposing defense. Give us Pittsburgh D/ST this week as they should be among the top-scoring defenses on the Sunday slate.