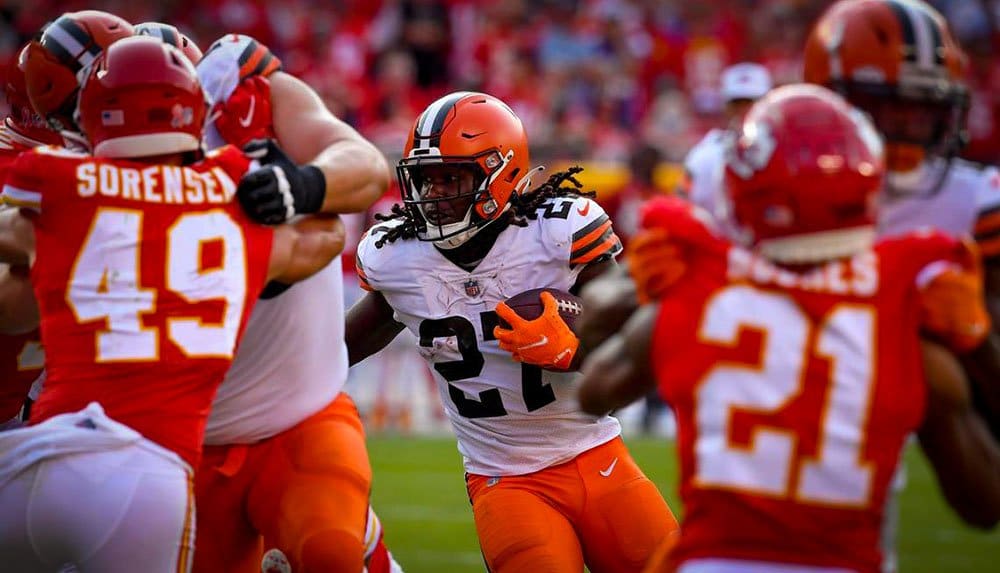 Published by Chris Lollis on September 16, 2021

As expected, FanDuel adjusted its player pricing for week 2, making it even harder to squeeze in those big-name players in favorable matchups. If you are looking for the best value picks for your FanDuel Week 2 main slate lineups, this article will identify 8 players that are worth considering.

Our week 1 value picks reached cash-game value at an almost 80% clip and GPP value at nearly 50%, but with a week in the books, we are looking to push those numbers even higher for week 2.

Looking for even more value targets? Check out a completely different list of cheap plays that we put together for DraftKings Week 2 contests.

How can you not love Mac Jones? New England’s rookie QB looked great in Week 1 with a 6.5-yard average depth of target and a 2.37 second average time to throw. Jones ended the game with 281 yards and was super accurate even on his deeper throws. The Pats are facing the New York Jets in Week 2 as six-point road favorites. New York’s defense provides a way easier matchup for the Patriots than Miami did on last Sunday. With an NFL game already under his belt, we are trusting Mac Jones to deliver solid numbers across the board in Week 2. At $6,800 he provides by far the best value among all QBs on FanDuel.

When searching for value picks among running backs, the main thing you should be hunting for is volume. Enter Najee Harris. The rookie played every single snap against the Bills in Week 1 and he also scored his first touchdown. Now the schedule gets much easier for him facing a Las Vegas team that has problems stopping the run. Harris should be on your team heading into Week 2!

The Chubb-Hunt running back duo of Cleveland seems like one of the most dependable pairs in the NFL. We are seeing value on Kareem Hunt here, who is way too cheap compared to the average production you can expect from him. Hunt is coming off a 15.60-point FanDuel performance thanks to his Week 1 touchdown and we would expect him to once again light up the scoreboard in Week 2, where the Browns are one of the largest favorites on the board.

Talk about a flawless performance! Christian Kirk only played 37 snaps in Week 1, but he caught all five of his targets for 70 total yards and 2 touchdowns. Both his scoring plays came on contested catches, which makes Kirk’s Week 1 outing even more impressive. We are locking him up in the Week 2 matchup against Minnesota as according to our model he has a very solid chance for another 60+ yard outing.

Tim Patrick was Denver’s WR #2 in Week 1 with 46 total snaps only trailing Courtland Sutton. With Jerry Jeudy out for a few weeks with an injury, the workload for Patrick is expected to be at least this high in Week 2. Denver is also facing an easy matchup against Jacksonville, so we can expect Patrick to replicate or even exceed his Week 1 performance, where he finished with 4 caught targets and a touchdown.

The Rams looked like world-beaters in Week 1 and Van Jefferson was a valuable part of their offense as WR #3. He saw 34 total snaps, just short of the workload of Kupp and Woods. This should be a strong year for the sophomore receiver and we are expecting him to gain more play time over Woods, especially as he already scored a touchdown and had 80 yards on just two receptions. Van Jefferson should be priced just above $5,200 according to our model.

The Philly tight end duo of Goedert and Ertz has been known to be very productive, but we are liking Ertz a bit more in Week 2. Ertz missed parts of the team’s first game with an injury scare, but he should be the primary TE target for QB Jalen Hurts, and he is not priced like that. We are buying low on him, as he should see more snaps than Goedert going forward!

Going back to the well here. Buffalo’s D/ST disappointed in Week 1, but we are still talking about one of the most elite units in the league. The Bills defense graded 12th in defensive DVOA in 2020, while the special teams graded as the 4th best in the league last year. One bad performance won’t make us back down here, especially as Buffalo is facing an easier matchup in Week 2 as road favorites.