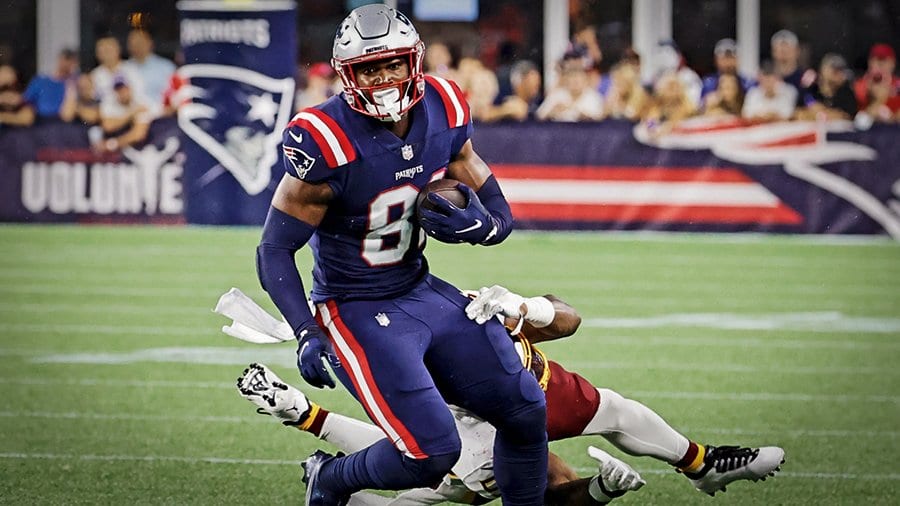 Published by Chris Lollis on September 8, 2021

We are days away from the first million-dollar fantasy contests of the 2021 NFL season. The FanDuel Sunday Million is a staple of the DFS industry and week one is always one of the highest-scoring weeks as there is plenty of value to be found at every position.

Below are our favorite bargain players for the main slate on FanDuel. Want to take an even larger stake in any of these matchups? Check out player prop contests on Underdog Fantasy:

Try Pick'em Over Under Contests at Underdog Fantasy

You did your fantasy research for the week, now put it to work for you! Find over/under fantasy scores for players you love or hate each week on Underdog Fantasy. Use the promo code BAR to receive a $25 bonus with an initial deposit of $25 or more.

This has the potential of being a huge play. Lawrence is probably the top QB prospect in about ten years and he will start his NFL tenure behind a strong offensive line. The rookie will also have multiple strong pass catchers with Marvin Jones, Laviska Shenault, and fan-favorite D.J. Chark rounding out Jacksonville's receiving core. The Jags are road favorites in Week 1 in Houston and this really seems like a spot where Lawrence should shine against what could easily be the worst team in the league.

All of the beat reporters out of Pittsburgh are saying that the team is going back to the roots and we will see a more run-heavy approach in the coming season. This spells all the good things for Harris, who has no real competition for the starter role. He is our favorite budget RB going into Week 1. Draft him while you can afford him, as we could see a huge price hike coming if Harris faces the workload that we are projecting him to see in Week 1.

Davis is another one of these RBs who will enjoy a clear number one role in Week 1. The Falcons have zero competent running backs on the roster besides the 28-year-old and we wouldn’t be surprised if Davis would have a career year in Atlanta. In 2020, Davis had 6 touchdowns to go with 642 total yards, and all signs point towards him improving on these stats under Arthur Smith.

We like pairing Jones with his QB, Trevor Lawrence. The duo should work out well in Week 1 and despite Jones having to compete for receptions with Chark & Shenault, we are still projecting him to get a high share of targets. Jones finished over 700 yards in all but one season since 2013 and we would expect another strong year from him. Our numbers project Jones to score a touchdown about 50% of the time in Week 1.

Coming off an ugly ACL tear, this should be a strong bounce-back year for Sutton. Sutton graded 80.5 in 2019 averaging 15.4 yards per reception and Teddy Bridgewater getting named Denver’s starting quarterback in Week 1 gives him a pretty solid floor. Bridgewater won’t wow you with deep passes, but he is extremely efficient with his air game which should really help Sutton to shine in Week 1 just based on the volume of targets he will see. We are projecting Sutton to reach 60 yards and he has a 38% probability of scoring a touchdown as well.

Everett is not in an easy situation after joining the Seahawks in the offseason. Seattle has a strong core of established receivers and both Dissly and Parkinson will likely cut into Everett’s workload. Coming off a career year with 417 total yards, 41 receptions, and a touchdown, we are still projecting Everett to have a strong role on his new team with a top-twenty TE upside. You are likely looking at an average of 30 yards in Week 1, with a sub-20% chance of scoring a touchdown, but Everett is still not the worst cheap TE to take a flyer on.

The Patriots are likely using two tight ends going into the season and we are placing a bet on Smith having a much higher upside than Hunter Henry, despite his low-price tag. Smith won’t change the outlook of your team dramatically, but he is a top twenty tight end while being really cheap. If we would have to price Smith on FanDuel, we would go with pricing closer to $5,400.

Buffalo’s defense gets a huge boost from having the strongest coaching staff across the entire league, guaranteeing that this will be a solid unit that gets rarely blown out. We are projecting the Bills’ defense to see a lot of positive regression, as several of their talented players are coming off career-low coverage grades in 2020, and somehow this still was a top-12 defense by DVOA.

Facing a Pittsburgh team in Week 1, that has a questionable offense at best, we are liking the chances of Buffalo’s D/ST to bring home some fantasy points. Make sure to not go with Buffalo’s D/ST if you elected to go with Pittsburgh RB Najee Harris on your team, as starting a defense against any of the offensive players on your team has negative expected value!