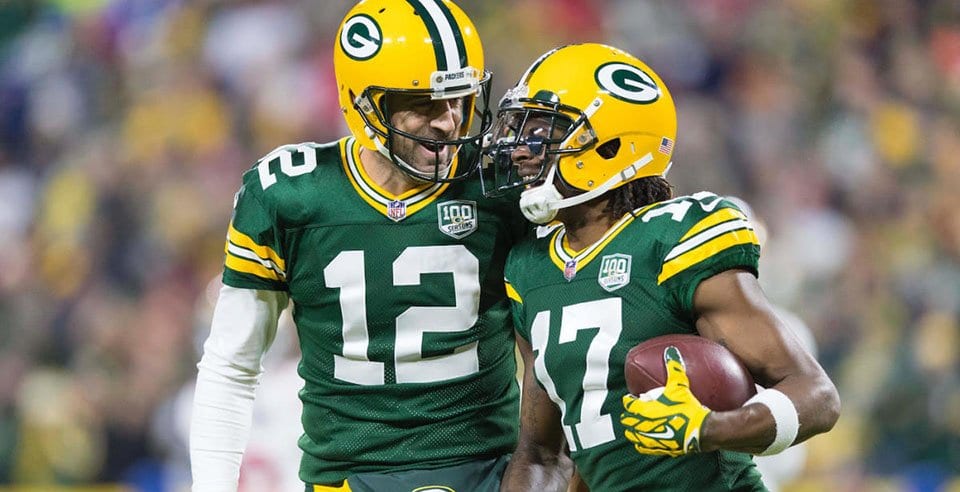 Building a strong nuts-and-bolts strategy for NFL daily fantasy sports is much more difficult to do so than for any other sport. With so many distinct positions that all have their unique strengths, weaknesses, and – of course - very different pricing it is easy to assemble widely different teams that both end up doing well in the end. We will break down the main positions in fantasy football below and share a few tips with you to get you started on your NFL DFS journey!

The first note we want to make is a general one that has to do with contest selection. The DraftKings Millionaire Maker and FanDuel Sunday Million are awesome contests and a blast to compete in. There is nothing better in DFS than having a shot at a million-dollar top prize on Sunday morning.

However, your odds of cashing in these contests drop by more than 2x, and the rake nearly doubles. We are not going to tell you to avoid these contests altogether, but just look at them as a lottery ticket compared to the steady work of grinding cash contests. Both FanDuel and DraftKings offer an endless selection of weekly 50/50, head-to-head, and double-up contests to choose from.

With a smooth app and phenomenal payouts, PrizePicks is easily one of our favorite DFS platforms. Register using the promo code EWB this August to receive a $100 bonus, read our full review to find details for the current promotion.

QB – Don't be Afraid to Pay Up

Your quarterback (or quarterbacks in the case of sites that require you to pick two of them) is your king, the core for your stacks. He gets points for passing- and rushing yards and touchdowns as well. Everything revolves around them and they will largely dictate how your team sets up and performs. It is still possible to win a tournament with an underperforming QB, but the chance of that happening is close to zero. Therefore, you have to nail your QB selection. Playing this critical position safe is never a bad thing, especially when you are still a rookie in NFL daily fantasy.

We would advise sticking to a QB that is playing at home and is at least a touchdown favorite on the betting spread. On any given slate, this should cut down your possible options to a handful of candidates. While underdogs might sometimes get more yards, betting favorites will get more touchdowns and touchdowns are what win DFS tournaments.

If you need further help at deciding who to pick as your QB, we would advise you to lean towards mobile quarterbacks, who can rush as well. Rushing touchdowns are generally worth more points on DFS sites and using a mobile QB adds to the upside of your team. This is the sole reason why players like Lamar Jackson or Kyler Murray are very popular amongst the top DFS players of the world.

Your WR comes hand in hand with your QB. You will almost always pair the WR1 (primary WR) of the team of your QB. Out of any DFS sport out there, the highest correlation is between the fantasy score of a QB and the score of his primary wide receiver. WRs get points for receiving yards, touchdowns, and receptions. While predicting which WR will get the touchdowns is close to impossible, you can easily tell who is expected to have the bulk of receptions on any given team (as the distribution of receptions tends to be pretty consistent on most teams).

If you are going with WRs that are forecasted to have many receptions, you are giving your team a pretty solid floor. Let’s not forget about WR2s (and top WR3s) either as they can be a valuable piece of your roster on any given night!

Running back selection is often overlooked, but they are a crucial part of your offense! When picking a running back, just play it safe. Just like in the case of a QB, this is not a position where you need to take risks! Sticking to RBs on teams that are heavily favored to win a game is a good way of trying to maximize your fantasy points. Teams that are ahead in a game are almost always using their RBs more to run down the game clock. If you can afford, always pick primary running backs of sizeable favorites for your squad, as they will likely see a lot of snaps.

Your tight end is the final piece of the offensive puzzle. Besides a few top selections, TEs are generally cheap players that we will draft after picking players to our other positions. Similar to wide receivers, tight ends usually have a pretty decent floor as well, the reason being that most NFL teams have a clear #1 tight end who will end up playing most of the offensive snaps.

The Flex position is a player on your NFL DFS team that can be a wide receiver, running back, or a tight as well. This being an open position adds additional tactical options for managers. The Flex is usually all about cheap upside. Most professionals exclusively use this spot to add another wide receiver, as WRs have the highest chance of scoring a touchdown.

Picking a defense is where we spend our remaining salary. On most nights you won't have a budget to pay up for the most expensive defense, but even if you have to go with a cheaper one, we would stick to picking defensive teams of home favorites. There is strong historical data supporting them performing better than road teams or underdogs.

Team construction in NFL DFS mostly consists of building a strong stack around your QB, adding a few WRs from games with high totals, and picking a cheap defensive team on a home favorite. The most important rule to follow is to never go all-in on one team. Every QB can have an off day and there are only so many plays a team can run.

When starting out, we would probably stick to 2 or 3-player stacks built around your quarterback. To win a large field tourney, you will have to pick the exact WRs, RBs, and TEs that are getting the TD passes from your QB, but if you fail to do so, you can still min-cash if the other players on your team perform well.

The most widely-used stacks in NFL fantasy are:

We would rank QB+WR2 above QB+TE1 on most teams as second wide receivers still average more fantasy points than your average tight end. The most popular three-man stacks include:

When picking your QB, always consider the additional costs you will have to pay by drafting his top targets. A cheap QB with targets that are expensive might end up setting you back more than going with a more expensive QB that has a few cheaper targets on his team.

Game stacking or 'running it back' is a popular strategy used by many of the top DFS players. Historical data tells us that if a team's QB and WR1 are performing well, it gives a higher-than-average chance of the opposing WR1 and WR2 to outperform their projections as well. This is mostly due to trailing teams leaning on the passing game to bridge the gap between them and their opponent. When building your team, don’t forget to look at the top WRs opposing your QB either!