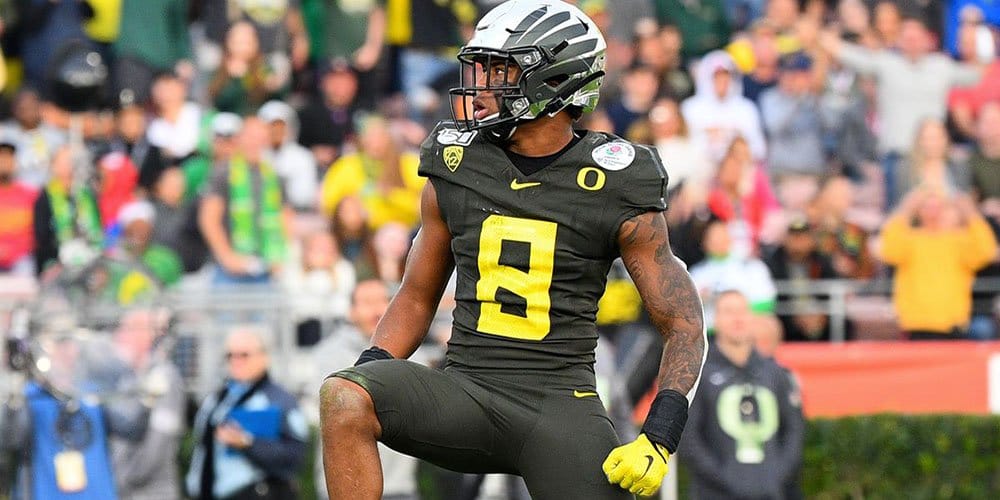 DraftKings has long been a leader in the daily fantasy sports industry and that doesn’t seem to be changing anytime soon. They offer DFS services in a majority of states in the United States -- and Oregon was one of them for the longest time. Of course, that all recently changed.

As of July 26, 2021, DraftKings has decided to stop all daily fantasy sports contests in the state of Oregon -- much to the dismay of existing customers in the region. It might not be a popular decision among players, but it’s the right decision for what DraftKings has planned in the future.

Don’t worry, this is only a temporary decision and DraftKings DFS services will soon return to the state of Oregon. For now, Oregon residents will have to continue sports betting via the state-run Scoreboard app or continue their daily fantasy sports action with another operator.

So, why did Oregon pause DFS operations?

In 2020, DraftKings acquired and merged with sports betting technology provider SBTech -- the same provider that runs the state-run Scoreboard app and website in Oregon. It was a major acquisition for DraftKings, who eventually went public and is listed on NASDAQ under DKNG.

When the merger happened, there was a lot of discussion about switching the Scoreboard app to the DraftKings Sportsbook. The potential switch was first mentioned by Barry Pack, the Oregon Lottery Director:

“We are in initial discussions with them about a new contract to transition Scoreboard off the SBTech platform and onto the DraftKings platform, as well as any other potential products and services. It is likely I will be coming to you in the March meeting for approval of a major procurement for this purpose.”

Unfortunately, the procurement he mentioned was never brought up in the March meeting and talks were put on hold. Not long after, the Oregon Lottery called DraftKings out for their daily fantasy sports operations in the state -- saying that it was illegal to do so under Oregon law.

While DraftKings disagreed with that opinion, they decided to stop DFS contests in the state in hopes of maintaining a good relationship with the Oregon Lottery -- especially since DraftKings still wants to switch the Scoreboard app to the DraftKings platform. Here’s what DK stated:

“While we respectfully disagree, we value our relationship with the Oregon Lottery and DraftKings has decided to stop paid fantasy sports contests in Oregon effective July 26, 2021, so those discussions may continue.”

The notion by the Oregon Lottery that what DraftKings was doing was strange, considering there’s no official law stating daily fantasy sports are illegal or legal in the state. With that said, DFS operators are free to operate in the state, if they so choose -- which is what DK was doing.

In fact, operators generally only avoid states that have a law stating it’s illegal or an opinion from the attorney general stating they believe it to be illegal. Since neither of those exist in Oregon, it’s no surprise that there’s a growing amount of confusion on the legality of daily fantasy sports.

Either way, DraftKings wasn’t ready to jeopardize their relationship with the Oregon Lottery and would rather take the high road. DK still has high hopes of switching platforms and being the official platform that houses Oregon sports betting -- in addition to their usual DFS operations.

What DFS Options Do Oregon Residents Have?

With DraftKings backing out of their Oregon operations, residents are likely wondering what options they have when entering daily fantasy sports contests in the state. While DraftKings was preferred by many, it doesn’t mean residents have to give up DFS play -- they still have options.

In fact, one DFS operator -- FanDuel -- quickly came forward and gladly welcomed all Oregon residents to their platform. In fact, they responded to an inquiry on Twitter about whether or not they’ll continue to accept Oregon entries in wake of the DK news. Here’s what they responded:

“Hey there, thanks for reaching out! Yes, we will continue to operate our DFS platform in Oregon as normal,” said FanDuel Customer Support.

As you can see, FanDuel has no plans of stopping their services in the Beaver State and they really have no reason to. DraftKings’ decision is fully dependent on their negotiations and discussions with the Oregon Lottery, which is something FanDuel isn’t engaged with at all.

Not only is FanDuel still operating in the state, but residents can still bet on sports via the Oregon Lottery-run Scoreboard app and website. While DraftKings is out for the time being, you still have plenty of options.

Is Sports Betting Legal In Oregon?

From 1989 until 2007, Oregon residents could legally bet on sports via Sports Action. It was a parlay-type bet that allowed players to choose anywhere from 4-14 NFL games based on the point spread. In order to win the bet, players would need to get every game correct in that week.

Despite sports betting being banned on a federal level in 1992, Sports Action was grandfathered in and players were allowed to continue playing the game. It was one of the few states where sports betting remained legal, though players were limited in what they could bet on.

Of course, Sports Action quickly came to a halt in 2007 after it sparked controversy on whether or not Oregon was allowed to host the NCAA Men’s Division I Basketball Championship. From 2007 until 2019, there were no legal sports betting options available to Oregon residents.

Again, things started to change in 2018 after the federal government lifted the ban under the Professional and Amateur Sports Protection Act (PASPA) of 1992. The overturning of this law gave states the right to make their own laws regarding sports betting and daily fantasy sports.

In 2019, Oregon started offering sports betting via the Scoreboard app and website, which is run by the state and the Oregon Lottery. Eventually, those operations will be turned over to the well-known DraftKings platform. For now, the Scoreboard platform is all Oregon residents have.