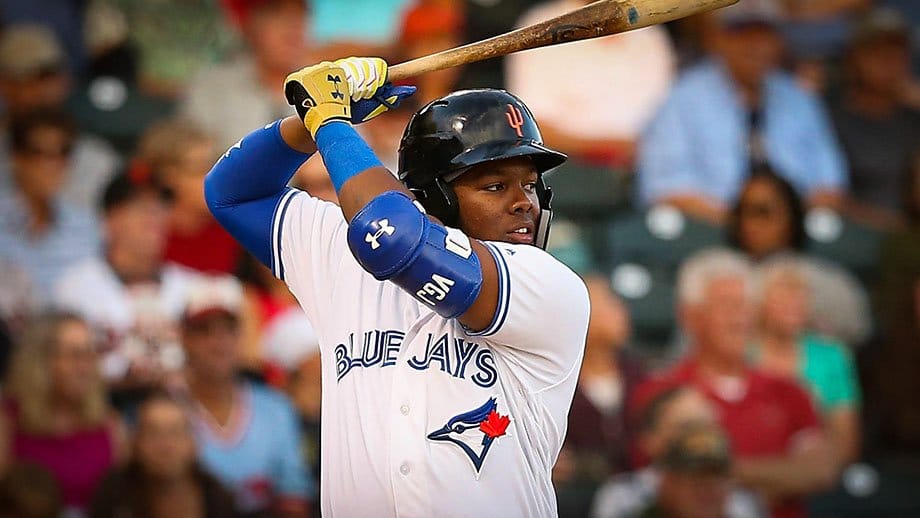 Figuring out your lineup-building strategy is the most important thing in daily fantasy sports. If you are gunning for tournament gold - like you should -, it is important to differentiate trying to find the spots where you should gain an edge over the field. You will strike out more times than you will hit a home run, but tournaments are all about taking risks trying to win it all.

We will look at strategies for picking pitchers and batters separately, you can start your lineup creation with either position, but most professionals prefer starting to put together their batting lineup. It is much easier to find underpriced players from a large pool of bats than to find a pitcher that is underpriced.

Offense is also generally much more volatile, meaning that your bats have no floor (going 0/4 is an everyday thing even for the best players on any team), but a massive upside if you can skillfully pick the right players. Solid pitchers on the other end provide somewhat of a floor and going with the most desired ‘chalky’ arms in a few of your lineups is not nearly the end of the world if you took some risk in the offensive department. 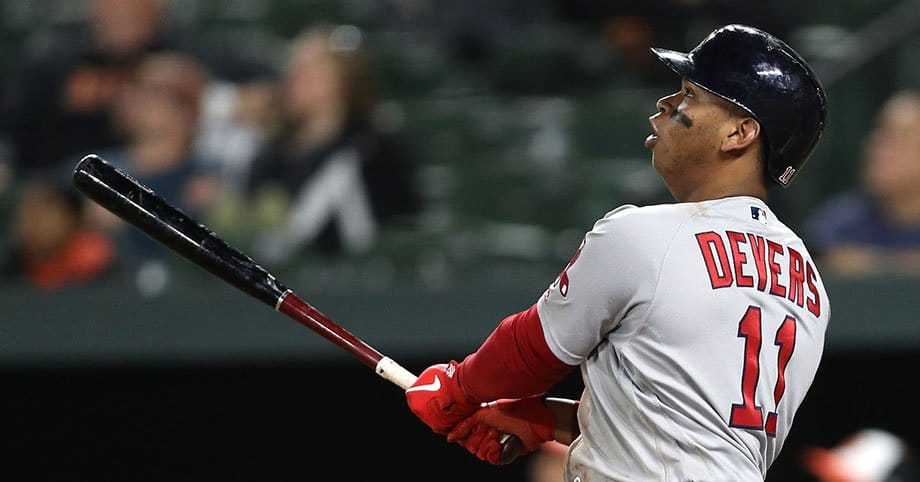 Composing your batting lineup is all about finding the right spots and differentiating. Our goal is to win the tournament and you can only do that if you don’t own the same bats as everyone else.

The Yankees and Dodgers of the world are the darlings of every low-level DFS player, but these players don’t make money consistently. The reason is extremely simple. Even if the top chalk teams come through and put up a lot of points, there will be thousands of other players who have the exact same batters in their lineup and you will be sharing your winnings with them, ending up likely ‘min cashing’ (winning barely more than what your original entry fee).

You will want to use bats that are in great spots, but won’t be highly owned. A great way to build your own stacks is to utilize the sports betting odds for the given slate. Sportsbooks will have odds for all the games that are available on your DFS slate. You will want to own bats from the games with the highest expected run totals. Potentially – if possible – you should also build most of your lineups from teams that are favored to win these high-scoring games.

It is easy to get overwhelmed when starting out in the world of DFS. This neat little trick of tightening up your roster by using only bats from teams that are favored in games that are expected to be higher scoring will help you a lot.

Use Betting Odds to Your Advantage

Remember, DFS is a fairly new thing and while DFS pricing algorithms are generally believed to be decent, the sports betting lines on both sides and totals are much more efficient than the pricing of daily fantasy sites.

If you manage to find a team that is a –200 or higher favorite in a game that has a total of 9 or higher, yet the bats are relatively cheap, those guys should be your main stack for the day. Vegas knows who will end up winning more times than not.

An often-overlooked fact is, that in high-scoring games even the underdog team is expected to score many runs (due to the warm weather and park factors), so if you can find an appealing dog in a game with a very high total, it is not the worst idea to put together a lineup using those guys as a filler if you need some cheap salary savers.

As for stacking, feel free to employ 2-3-4 or even 5-batter stacks. One-offs are usually not worth it due to you not getting the extra points if the bat before or after your batter produces, but it is perfectly fine to use just 2-3 player stacks (preferably consisting of players that follow each other in the batting lineup).

One important piece of advice is to never go all-in on one team or player if you are putting together multiple lineups. As we wrote it before, bats are extremely volatile, and having 100% exposure to someone that can easily end up giving you 0 points is not the greatest idea in the world. Most of the time, even the best bats in the league will just strike out a few times and not give you too many points to work with.

We would advise choosing a handful of teams you like on the given slate and mix your exposure to them between 30% and 70% depending on the number of lineups you are building. Always stick to high-scoring games, prefer bats that are on favored teams, and fade the most popular choices on the slate. Remember, the chalk in baseball fails more times than not!

When it comes to pitching, you really have two options. You can either go with an established high-priced arm and cut back on the cost of your bats or risk a middling arm that you believe has a high upside and spend your money on the top batters.

Most experienced players prefer to pay up for pitching, at least in one of the two SP slots if you are playing DFS on two-pitcher sites like DraftKings. This is because there will very likely be only 3-4 solid starting pitchers on a slate that one can get behind.

Our general advice would be to let your bats dictate what you do when it comes to selecting your starting pitcher. If you can find a few cheap stacks of bats on the slate then paying up for the highest-priced pitcher is not a bad move as these guys usually combine a solid floor with great upside.

If you run out of money building your offense going with a cheaper SP with a high strikeout upside isn’t the end of the world. Oftentimes, a pitcher's price may not be adjusted to his opponent's strikeout rate, in these cases, you can target a low-strikeout pitcher that will likely exceed his strikeouts-per-start average.

When it comes to your starting pitchers, besides looking for the already mentioned strikeout upside, always try to pick arms that have a good chance of getting the extra points for the win. Again, going with SPs that are big favorites on the betting money line is a strong strategy that is still underutilized by DFS players.

Another trick that you should implement is if a pitcher is going to be extremely highly owned (35%+ according to the projections), stack against that pitcher with the opposing offense on one of your teams. In that case, if the chalk pitcher fails most of the other contestants will be out of the race and your cheap bats facing a top-end pitcher should be bringing in a lot of points.

Similarly, to building an offense, it is important to not overexpose yourself to any pitcher. A balanced but smart approach triumphs, especially if you are only getting started in the world of daily fantasy baseball.